I finally had a weekend to myself and I thought, why don’t I go ahead and make something different? Lo and behold, I had been hankering for some chicken satay, and happened to have a FANTASTIC recipe for chicken satay by one of my go to’s: Recipe Tin Eats! I have been eyeing her recipe for chicken satay for quite some time, and now that I’ve finally gotten back into a reasonable routine, I whipped it out for a weekend of endless bakes, makes, and feasts! I also thought there needed to be something light and crisp and fresh, so I added a Japanese cucumber salad, which was the perfect amount of sweetness, bite, and tang. It broke up the heaviness of the peanut butter (note: I am not the biggest PB fan, so to ME PB is heavy…) and meatiness of the chicken. It was just the perfect little bite to add to a deliciously handsy snack meal (which in itself is a meal) during a football game! (And it gave Frankie an excuse to bust out the grill!) YUM! 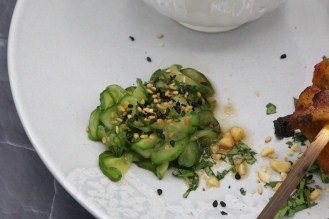 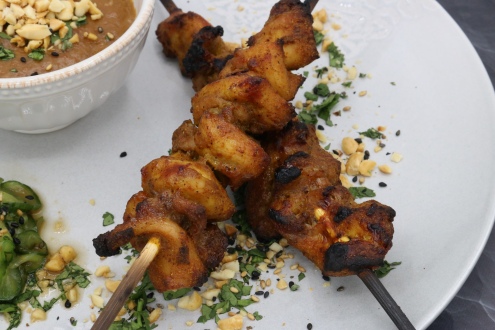