Cooking With Alex: We did do a quick recipe a couple weeks ago (after Alex was also sick…that summer bug is going around, so watch yourselves!) and I know I never got a chance to post it or talk about it, but since her busy season at work has started to pick up, our weekend cooks are on hold most likely until September, if not post-wedding…we are still trying to get together once a week to make something, however small or simple (which is sometimes best when our only free days that match are Monday and Tuesday), but we have some BIG plans for the future. Empanadas were thrown around, and I know I’ve already done a beef empanada, but I would love to do a chicken or all veggie one and even make my own empanada pastry. Oh, and then there’s homemade gnocchi, which I may attempt to do in the nearer future if I can so I can practice, and macaroons…which I know will be SO difficult and will more than likely kick our butts, BUT who cares! At least we tried, and if it goes well enough, we’ll do them again and get better at it!

Asian Chicken & Quinoa Salad from Food Network (COOKING NOTE: If you’re short on time, get a rotisserie chicken OR two roasted breast pieces from the deli counter and remove the skin. I wouldn’t recommend getting fried breast pieces, though…now that I think about it, fried chicken Asian salad doesn’t sound half bad either…) 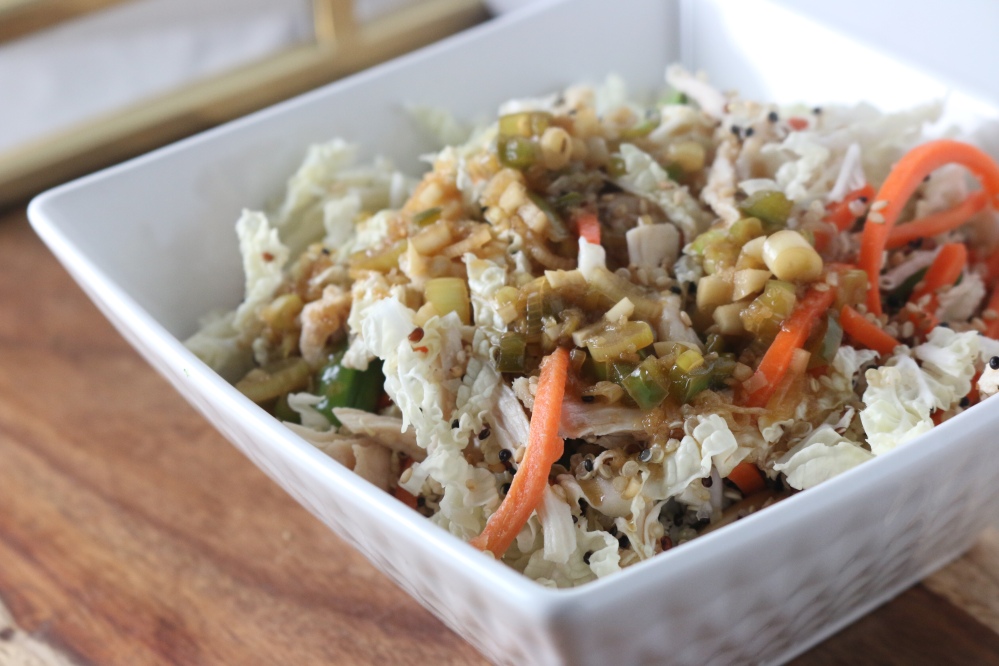 Perfect Gluten-Free Brownies from one lovely life: These were AWESOME! I didn’t make it 100% paleo friendly (I used the regular sugar that I had instead of coconut sugar, and I honestly am not sure if the baking cocoa I used is paleo friendly…but I’m not 100% paleo so it’s all gouda), but they were SO delicious and incredibly easy to make! I plan on making them again VERY soon so I can take some delicious photos this time around. COOKING NOTE: These only need to be cooked for 22 minutes – any more and they’ll be a little on the dense side, though still VERY scrumptious!