If I’ve learned anything this year, it’s that I can only get better at different techniques with time and practice, and the only way to practice is to, well, cook! Especially for Alex, who is getting more confident and adventurous in the kitchen every time we cook, these FaceTime moments together are providing both of us with the practice we need. Alex wants to bake and challenge herself, which is good for me since I am not a good baker, and I want to attempt to make pasta or bread FROM SCRATCH! So, with that in mind, Alex and I put our heads together and came up with a recipe that had multiple moving pieces, included ingredients we haven’t worked with a lot—this was Alex’s first time cooking with fish!—and included a technique that I’m starting to feel more confident in, frying. And I know we will have MANY more recipes to make over the course of this year and beyond, but this experience was incredibly rewarding! 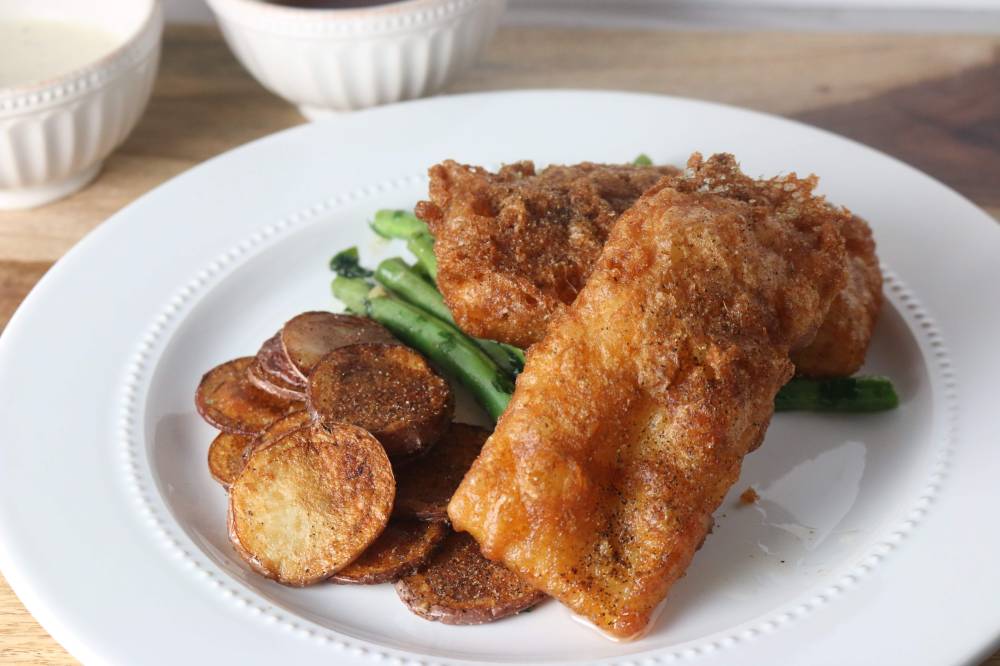 But first, let’s talk batter, because batter is key! A good fish batter needs to be light, but not so runny that it falls right off the fish, and it needs to be FLAVORFUL, especially when you’re using a fish that might not have a ton of flavor on its own. I used Cod, which has one of the mildest flavor profiles for fish, and Alex found Haddock, which has a more pronounced fishy flavor to it, but still needs support from its backup dancers. So when we were shopping around for recipes, I wanted to find a batter that would provide flavor, and still let the fist itself shine. The one we picked was from Bon Appetit, and along with spices to kick it up a notch, it had beer, which is a staple accompaniment to go with Fish & Chips, which is what sold us on trying this specific recipe, and the batter really held up well to frying! The color on it was just fantastic, and it didn’t fall apart when you started to dig into the fish, so it’s a win for me!

Side note: while I was originally looking for Halibut, which is my preferred white fish of choice, the price per pound is RIDICULOUS…we’re talking $22+ PER POUND! Yeah, no…I mean, I have a budget for food, but until those prices come down (not likely by the looks of things for a while at least), there will be no recipes that feature halibut any time soon. BUT that being said, if you are someone interested in finding fresh fish for a fresh price, I’m currently investigating Sea to Table, which is a company that has developed relationships with fishermen across all U.S. coasts to support responsible fishing. Their fish is always wild caught, comes straight from the actual fisherman, are local to the U.S., and as a result of responsible fishing, is sustainable, which I’ve become a huge supporter of since joining a CSA and doing my research. Even the packaging is eco-friendly AND they’ve expanded their selections of fish since the last time I took a look at them. Maine Redfish has SERIOUSLY peaked my interest since trying Redfish for the first time at Culinary Fight Club’s Pit Master Battle last year! When I place my first order, I will let you all know how it goes! 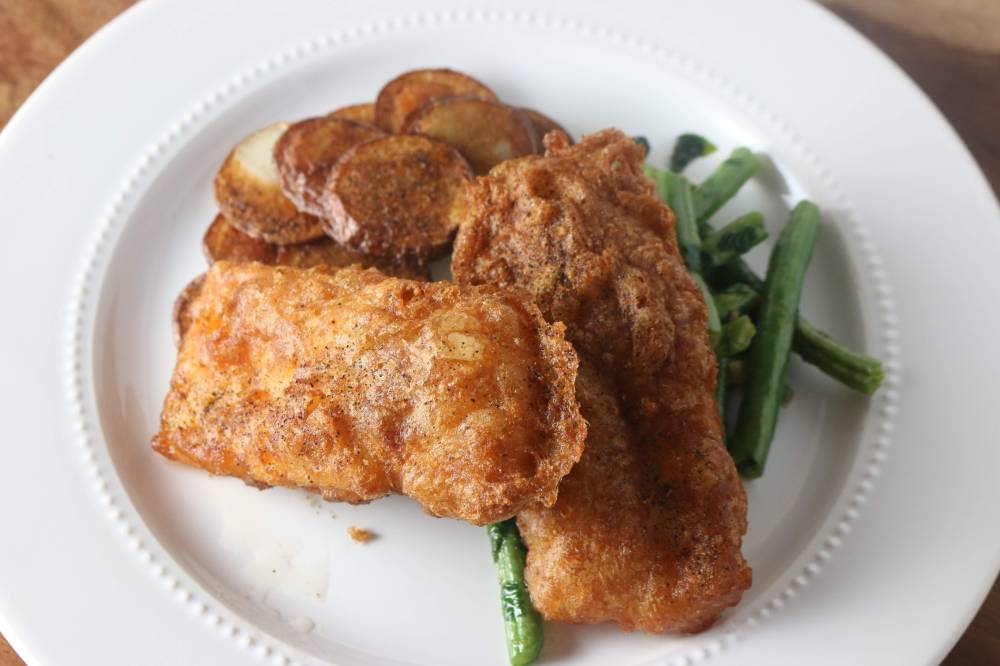 Additionally, we weren’t 100% sold on the tartar sauce, but decided to give it the good ol’ fashioned try! And it was tasty, don’t get me wrong, but I don’t think it’s entirely the recipe we were hoping it would have been. However, the addition of the green beans added a really lovely fresh note to the plate! And all in all, we were completely thrilled with what we put on the plate and have started to seriously discuss what’s next. Ideas include homemade gnocchi, an entire episode on different kinds of classic cocktails (Alex is going to lead this one because she’s a bad ass bartender!), an episode on pickling (I’m just waiting for my coworker to bring in some homegrown pickling cucumbers to shoot this one off), and definitely some sweet treats to be sure! We’re working out our summer schedule, but it looks like Cooking with Alex will move to Monday or Tuesday nights, starting next week! And if you are also one of those homecooks who wants to get more confident in the kitchen, cook with a friend! You’d be surprised how much fun you’ll have learning something new! Till next time eaters! — Cooking Maggie 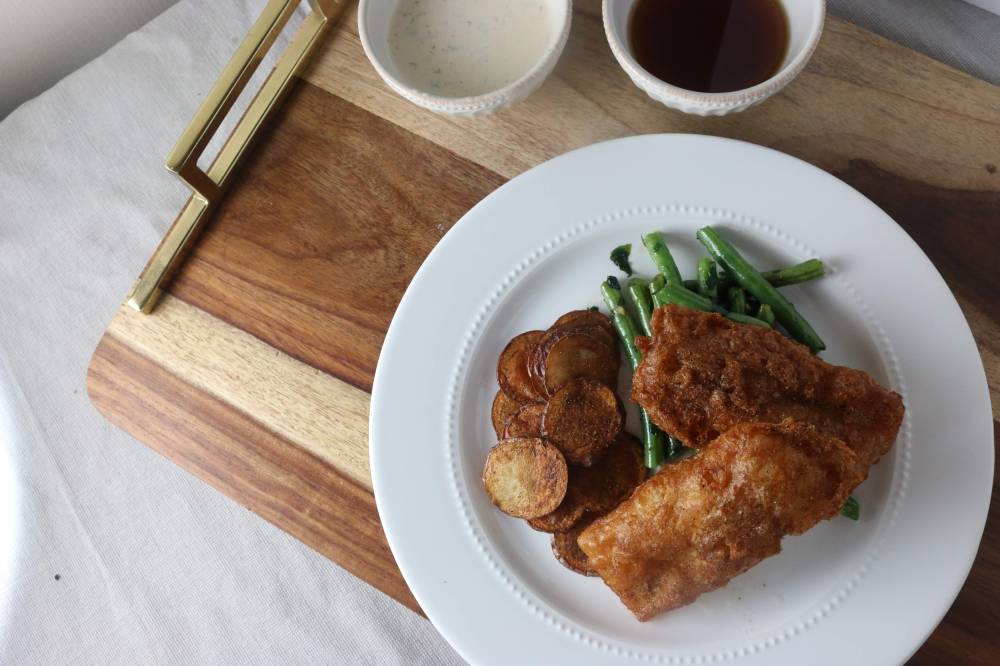 Fish and Chips from Bon Appetit

Green Beans with Garlic, Lemon, and Parsley from Epicurious